One of the many things the Army has taught me is the importance of having an Observation post. These can be used for both recon and early warning for your base of operations. Both of those are vital for survival. Whether it be looking for hostile movement in your area or surveying the land around your base of operations, in my opinion, it is a necessity. It gives you the knowledge you need to safely move around your bug-out location or launch an assault on an enemy. 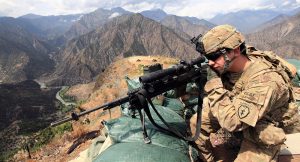 There are many organizations that use observation posts. Undercover Police and federal agents use them on stakeouts, Taliban and other terrorist organizations give radios to civilians to watch troop movements and routines. Almost all military forces use them in the field as well. Observation posts have been used throughout history from the Great Wall of China to the frontier in the old west.

Your observation post should be within effective small arms range (500 meters) of your base so you can have support if you take contact. It should be established during low visibility hours. It should be well hidden. It could be a tree stand, a blind, or even a ghillie suit would work. Normally the best place for an observation post is on or near the military crest of a hill. Make sure that you don’t silhouette yourself on the crest of a hill. You want to make sure that you choose the best terrain possible. Avoid valleys and high water areas. Try to stay elevated, the higher you are the more of an advantage you have. You should establish separate routes to and from your observation post. Be sure to use caution when moving to and from your observation post. Look for any changes along the path, your route could have been compromised and laced with traps.

If you are in an urban area you need to choose your location wisely. If you see a building or tower and think to yourself “that would be the perfect place for an observation post” you shouldn’t use it because if you think it then other people think it too and they’re more likely to watch that location.

There should be two people at the observation post, one for observing and the other for documenting. They should swap roles every half-hour so there’s always a fresh pair of eyes looking out. It’s also always good to have someone watching your back. Every four hours they should be replaced so they don’t get burned out. Each person should have plenty of food and water in case they have to stay for longer than four hours. Having set shifts are difficult in these situations but try the best you can for the best results. 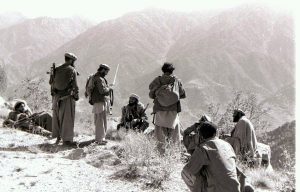 Always have some form of communication with your base. When using a radio it is preferred to have a wired line to maintain a secure connection. When using antenna based radios your signal is more vulnerable to interception. You can also send a runner to relay messages. This is the oldest and most reliable form of communication in my opinion. When using a runner, range cards are something to think about. They provide an image with the report so you can accurately make decisions. Your messages are also less likely to get intercepted by a runner.

With range cards, you should mark easily noticeable locations and use them as reference points. They can be anything that stands out like an odd-shaped rock or a clearing in the trees. Label the distance of each reference point from your Observation post. It helps to give them clever names because it makes it easier to remember and it is a big morale booster. Include any dead space on your range card. If there is too much dead space you may have to move your position. List the capabilities and assets types of weapons, spotting equipment, vehicles, etc. so everyone knows what the limitations are.

Make sure that there is a break contact/evacuation plan in place. Each person should know the plan and when to use it. Set a point within line of sight as a trigger to pull back. You should avoid placing traps past your observation post because they will let potential hostiles know that you are in the area. If an enemy is moving fast enough that there won’t be time to prepare a defense you can use flairs, lights, or noise signals but they should be used as a last resort but know that this will likely reveal your position and their attention will be turned to you.

It is important to document as many details as possible. Avenues of approach, key terrain, and obstacles should be documented. Noting all of this will give you an advantage over people who are unfamiliar with the area. All new information should be reported to the replacement after each shift. Details should include changes in enemy movement or new enemy establishments. Also include changes in structures or terrain. Maybe a storm came through and blew over some trees or a building collapsed. These do not have to be reported immediately unless it poses a threat to your main element. 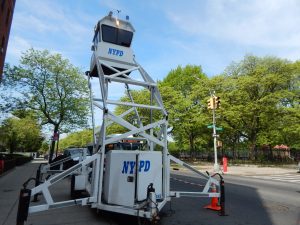 I know several people that have used observation posts in the field and all of them consider it a necessity. I have also used them while in a training environment and they helped gain an advantage over the OPFOR and eventually lead to mission success. This is one thing I recommend you include in your bug-out plan. I have one in every one of my bug-out plans and I am constantly thinking of new places to put one in every scenario. The more you plan the better off you are.

I hope that this has given you another item in your arsenal of knowledge and something new to think about. Maybe after reading this some of you will add this to your plan of survival and some of you won’t but it’s always good to have it in the back of your mind just in case.

Source
How To Set Up An Observation Post is written by Guest Contributor for theprepperjournal.com