Tips for Defending Your Bug Out Location

When things go down, you’ll need to be ready to defend your bug out site, whether it is someplace off your normal beaten path or your home or the home of a relative that has been selected and stocked by your extended family. After all, you will have family and vital supplies stored there, standing your ground then becomes critical to keeping your attackers at bay. And the key to this is to know your force multipliers to turn yourself into a fighter with the force of a group. This alone will help you to defend your location and keep those within it safe.

Choose Your Bug Out Location Carefully

The first step in defending your bug out location is making sure it’s justifiable to hole up there. You will need adequate space for yourself, your family and your survival supplies. It should have access to fresh water and fresh sources of food. Food can be from hunting, from growing it or from both. Locations in valleys or low spots are hard to defend. Choose high ground for easier defense.

From experience during Bosnia’s occupation, survival expert Selco noted that the best locations during disasters changed. Immediately after the event, you want to stay away from places people loot, like gas stations and stores. Later, the best places were homes in densely packed neighborhoods. This gave people more places to escape to if one home was destroyed. It also allowed a hideout to blend into the background, making it less noticeable to others.

If you have trusted friends, they can hole up in the nearby houses to provide extra security to the area, to cover your 6.

Know Multiple Ways to Defend Yourself

You will need a variety of weapons to keep marauders away. At a minimum, your arsenal should include a long-range rifle, semi-automatic shotgun, a handgun per person and a semi-automatic defensive rifle. To arm these weapons, plan on 1,000 rounds per weapon. Each semi-automatic rifle should have at least ten (10) magazines in stock. And handguns require a minimum of five (5) magazines per weapon.

Depending on where you live, you may need more ammunition than the minimum. Some states have a higher percentage of gun owners. In 2014, Wyoming had the highest number of guns per 1,000 people, at 195.7. Other states with a high number of guns per 1,000 people include the District of Columbia (not really a state but it says volumes about Washington D.C. politics), Arkansas, New Mexico and Virginia.

In these places, when things go down, you’re more likely to encounter another gun owner and get into a firefight. Be prepared with enough ammo. 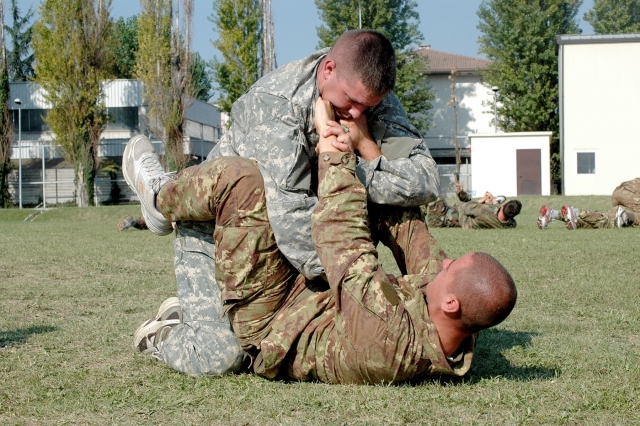 While guns are useful in survival situations, you’ll also need to know about hand-to-hand fighting. A gun may not help a lot if you end up in close combat.

But fighting with your hands or a knife will do you no good if you have someone sniping at you from a distance. Having handguns, shot guns and knives in your arsenal in addition to non-lethal options like mace will help keep your location safe.

Create Barriers to Your Property 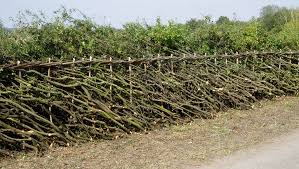 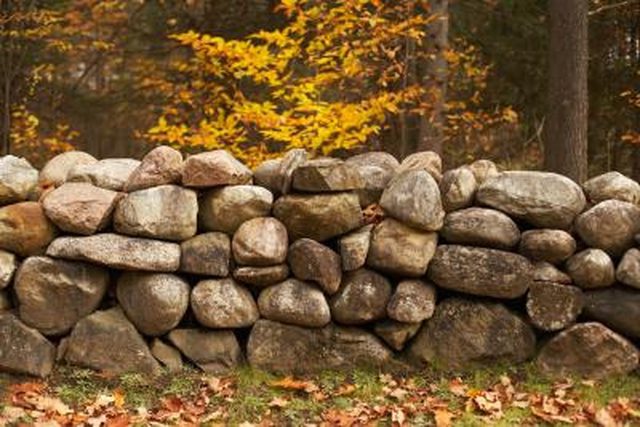 You want to keep invaders off your property and as far from your location as possible. Surround the perimeter with thick, thorn-covered plants. Cacti or holly bushes can deter people and wildlife from entering the area. 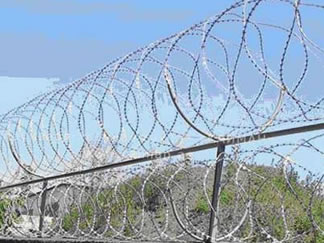 In lieu of plants, create a perimeter of barbed wire fencing. Nail boards and pit traps will also stop enemies from closing in on your bug out location. 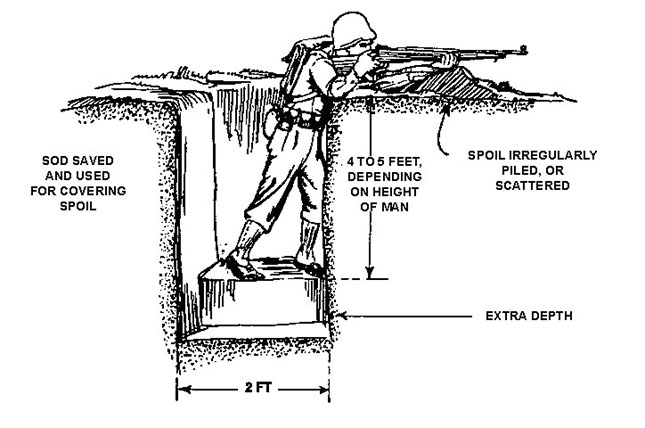 Inside this perimeter, clear the space to your hideout. This gives you a clear line of sight to see who’s coming. Anyone who makes it past your first line of defenses will then have to pass right in front of you. If they pose an immediate threat, you may need to use your firearms. But assess the situation before shooting on-sight. Those coming could become trusted allies. If they’re looters, shooting will alert them to your location. It might be best to lay low if you have a bunker and it seems they will pass by.

While creating a perimeter works for both houses and bunkers, underground bunkers have other unique defense requirements. You will need to create positions in the area to defend your bunker. Since you most likely won’t have above-ground windows to watch the area or snipe from, you’ll need defense pits. A simple hole for a pair of defenders dug four to five feet deep and surrounded with 12 to 18 inches of dirt provides protection and cover for those inside.

If you’re concerned about vehicular traffic reaching your bunker, install heavy concrete bollards around your perimeter. These are the same types of barriers retail stores use at their entrances to prevent cars from accidentally driving through the front doors.

Freestanding homes, cabins or RVs on a property have different defense requirements than bunkers. You can keep someone in an upper story window as a lookout the entire time. For optimal protection, your home should be built on the highest ground possible. This makes it easier to defend. It also makes seeing invaders from a distance easier.

If you have access to cameras and the means to power them, use these to create a visible perimeter around your property. Flying drones can help you pinpoint the location of invaders hiding nearby.

Have an Escape Route 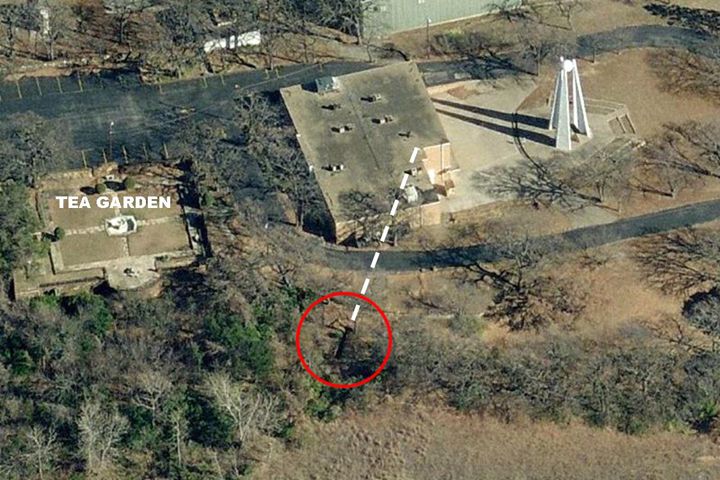 Sometimes, even the best-laid plans fail. Have an escape route planned before you need it. If you have a bunker, consider installing an escape tunnel from it when you build the bunker itself. Heavy-duty culvert pipes can create this tunnel to a safer location. Just be certain to block off the end of the tunnel. Even a concealed trench can allow you and your family to leave the property unnoticed. Just remember that tunnels and trenches, like tracer rounds, work both ways, 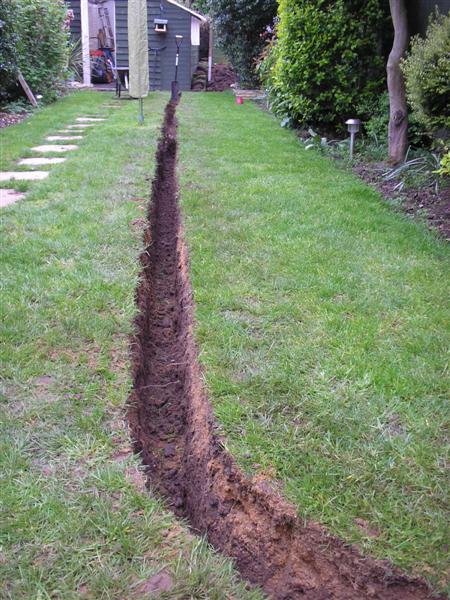 From a house, it will be more difficult to construct a tunnel. But a trench could still give you a way out. If you have your vehicle on your property, a back road leading away from the house can give you a fast way to get out. Make sure to keep the gas tank filled to be ready for a quick egress from your property.

When it’s time to bug out, you need to be ready for anything. Defending your bug out location is critical. You’re not only protecting yourself and your family, but also your important survival supplies and land. The land around your bug out location is just as important to your survival as the bunker or home itself. Be ready to keep invaders off your property to set yourself up for surviving the worst.

Source
Tips for Defending Your Bug Out Location is written by Guest Contributor for theprepperjournal.com