Dealing with unwanted insects is a problem that can be expensive to solve if one was to go the traditional route of hiring a pest control company.

However, multiple cheap and effective DIY insect traps can often be built from materials that inhabit our junk drawers and garages.

This article will cover creating an effective and simple DIY light trap to capture and kill those pesky backyard insects.

Which Insects Can You Trap With a Light Trap

Light traps are effective for flies, moths, beetles, and stink bugs to name a few. Any insect that is attracted to light can find itself caught in the trap.

This style of trap works because the insect flies towards the light and follows it into the trap below, where it becomes trapped and eventually drowns in the soapy water.

What Type of Light to Use?

Traditionally incandescent bulbs were used for these traps, mainly because they were the only option available. However, today we have a much wider variety of lighting styles and types to choose from.

A downside to incandescent bulbs is that they will generally require a socket and power source, limiting your ability to deploy the trap away from electrical outlets.

For this build, we will use an inexpensive UV LED flashlight available on Amazon for between $10 and $20USD.

Ultraviolet light is often better for a trap like this because normal light bulbs give off too much of their light energy in the form of infrared, which insects can not see. In some cases, a normal LED light would attract insects because it warms the air around the trap more than a UV light would.

Since these traps are so inexpensive to build, it would be good to place both a UV and white light LED light trap and see which one works the best.

The amount of harmful radiation emitted from a standard UV flashlight is less than what you would experience on a bright summer’s day.

That being said, you should not expose yourself unnecessarily to UV light, and you should NEVER look directly into a UV light source.

I was able to scrounge through all of my junk drawers and in my garage to build both versions of this style of insect trap.

Making both the traps took me less than an hour to complete.

Related: 6 Traps to Place on Your Property Against Looting Rioters

1. Firstly, cut the top from the bottle around where the bottle tapers to the opening. 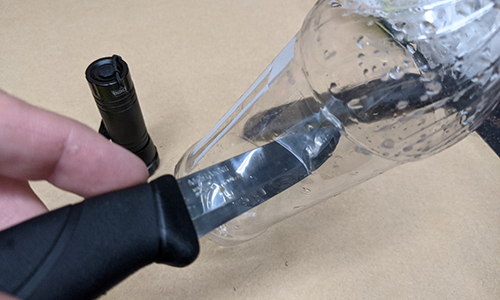 2. Invert the piece that you cut and secure it in place with tape. 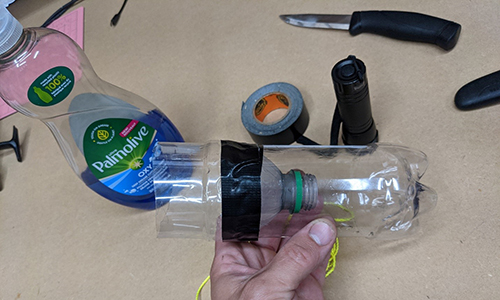 3. Next, poke four holes spaced evenly around the circumference of the bottle at the point where you taped the two pieces of the bottle together. 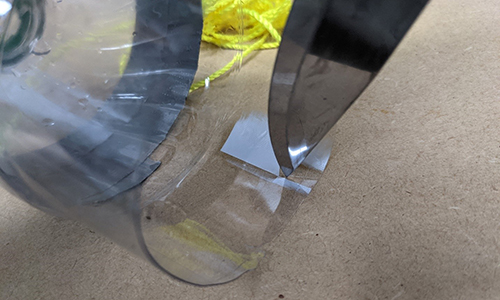 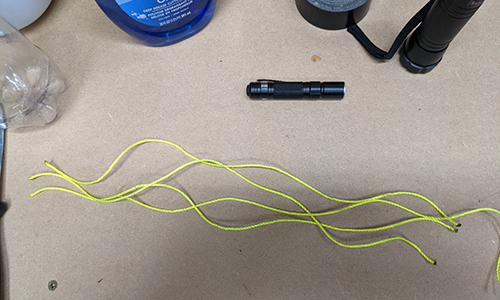 5. Tie one end of each length of cordage to the holes that you’ve cut. 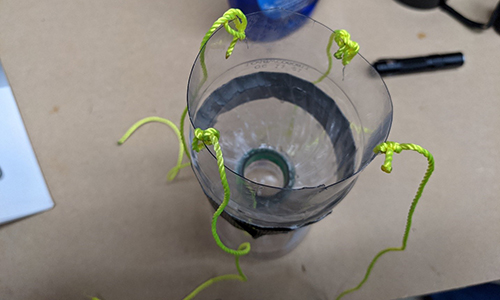 6. Run one of the pieces of cordage through the lanyard hole in the base of the flashlight. 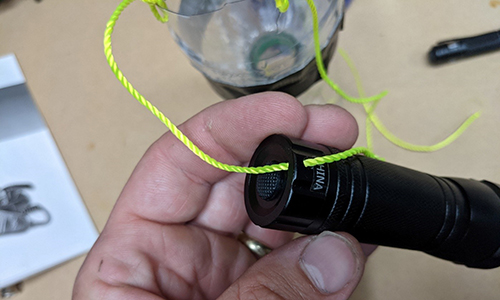 7. Figure out how high you want the light to be and use an overhand knot to secure it onto the cordage.

8. Tie all four lengths of cordage together so that it can be hung in the air. 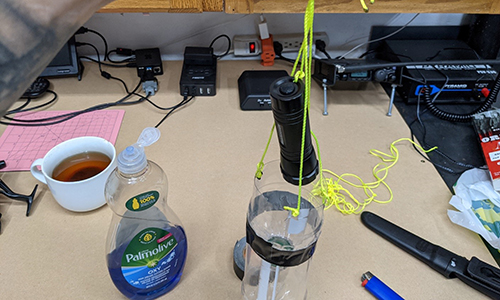 9. Fill the bottle with a little bit of water. 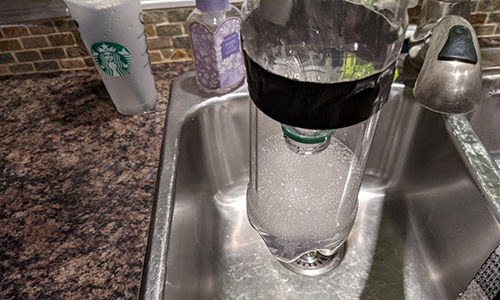 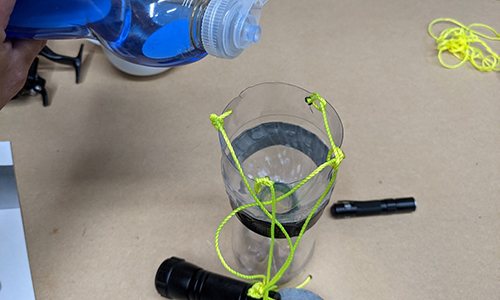 11. Hang the trap where you see insects but away from where you are going about your daily activities like preparing food.

Related: 10 Bugs You Should Never Kill In Your Garden

There are a few ways to adjust this design to suit your individual needs.

While it may be tempting to place these traps around areas that these pests are bothering you, such as where you are eating or preparing food, it is better to put them a small distance away to attract the pests away from where you do not want them, and into areas where they can be trapped and killed.

Place the traps adjacent to outdoor living areas and garden areas to keep track of the insects invading your property.

A DIY light trap is a simple method for capturing unwanted insects in your backyard but should not be used as a stand-alone bug trapping method.

Instead, use this method in conjunction with other methods of capturing and killing backyard invaders.

One of the benefits of DIY traps such as the one I’ve detailed here is that they use no toxic substances or poisons and are pet safe. 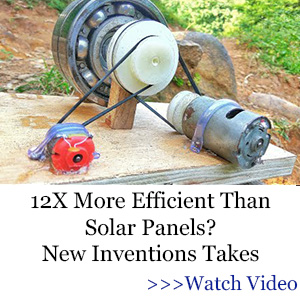 How to Consume Oak – Nature’s Powerhouse

DIY Condensed Milk Recipe That Can Last More Than 2 Years

5 Maps You Should Have At Home

Going to the Extreme: Euro-Preppers Get Ready for the Worst *Video*

24 Baked Goods That Last For A Long Time