The Best States To Outlive A Food Crisis

Recent events have made the possibility of a food crisis all that more real. Between the food shortages that happened during the second quarter of 2020 and the shortages of darn near everything we’re seeing today, the idea that our grocery store shelves could be empty isn’t all that hard to accept. We’ve already seen it happen before; so we know it could happen again. But what if it happened for a prolonged period of time, leaving us without food to eat?

Is that possible? The current drought conditions tell us that it is. There has been a drought in Southern California for several years now, ever since Governor Gavin Newsom decided that the Delta Smelt needed the water more than the farmers did in 2019. That left farms in Southern California, which grow roughly nine percent of the nation’s produce without water. We’re still feeling the effect of that in higher food prices.

While drought conditions in New Mexico and Arizona aren’t going to affect the price of bananas, the drying up of our aquifers, especially those under the “breadbasket” might end up resulting in massive food shortages everywhere. As food production drops, prices will continue to rise, forcing those with little money to tighten their belts further. Eventually, it will affect everyone, as the government steps into ration food in some way. That might end up being too little, too late, as we will probably be in a full-blown crisis before they step in.

As preppers, we should be ready for this, able to live off of our stockpiles. But there might be a number of different things that make that impossible. What would you do if your home burnt down during a food crisis, destroying your stockpile? What if you’re caught away from home when the crisis begins?

In any of those situations, it will either be necessary to live off of what we grow or live off the land. With that in mind, it would be a good idea to know which states offer us the best opportunities to find or grow food. Each of these states provides certain advantages, even while none of them provide all possible advantages. Still, any one of these states could prove to be a game-changer for us.

Of all the states in the union, Alaska has to be the hardest to live in, thanks to it being so far north.

With winter lasting from October through March, the cold can be a killer. Nevertheless, Alaska has the most wilderness of any state, with the largest population of wildlife.

If you can stand the cold and can properly prepare for it, the chances of hunting to feed yourself and your family are greater in Alaska than in any other state. 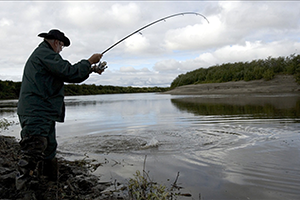 While there are a lot of reasons why I wouldn’t pick Florida as a place for a survival retreat, especially hurricanes, it has one thing going for it; the best saltwater fishing in the country. I’ve long stated that fishing is probably the easiest way to live off the land, as it is easier to find fish than it is to find wild game.

Florida is surrounded by oceans, making it the best place to go saltwater fishing there is. While hurricanes are an issue, at least the weather isn’t so cold it will freeze you in your tracks.

I’m adding Minnesota to this list for the same reason as Florida – the fishing. While I’m sure that you could catch more fish in Florida; that would require a boat with deep-sea fishing capability. The Land of 1,000 Lakes, on the other hand, can be fished from a much smaller boat. Cold is still going to be an issue though, even though it’s not as cold as Alaska is. 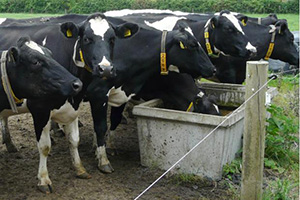 If you don’t like fish, Florida and Minnesota probably won’t work out too well for you.

In that case, it’s probably going to have to be beef. While you can’t just go hunting for some rancher’s cattle, you can probably make a deal to buy a steer outright and have it butchered.

One would think that Texas would be the state to do that, as there are about 4.8 million cattle in Texas, but if you want the best ratio of cattle per population of people, then Nebraska is a much better choice.

Related: How to Slaughter and Field Dress a Cow for Year-Round Meat

As I’m sure you’ve already noticed, the states I’ve listed all have one thing in common; they are states where animal protein abounds. That may have something to do with me being a confirmed carnivore. 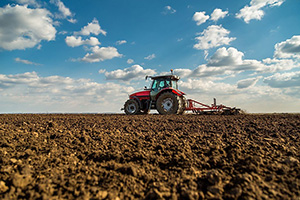 But here in the prepping community, we usually talk about growing vegetables to eat, rather than growing animals. Besides, I really wasn’t talking about growing any animals there, but rather hunting or trading for them. If you want the state where you can grow the most, it’s best to move to Iowa.

Another state that’s really known for its farmland is Kansas. If you’ve ever driven across Kansas, it’s nothing but 500 miles of farms, once you get out of Kansas City.

There’s a good reason for that, as Kansas is one of the nation’s most productive farm states, with 54.6% of its land dedicated to crops. While it is most known for growing grains, if you can settle where there’s good water, it’s good land for growing vegetables as well. 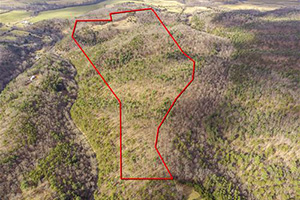 If you’re really determined to live off the land, then West Virginia might be the place to go. A full seventy-nine percent of the state is covered by forest, amounting to some 12.2 million acres. This includes six national parks and 37 state parks, with the Appalachian Trail running right through the state.

There’s bound to be plenty of game, as well as edible plants growing in all that forest land. Besides, it’s a beautiful state to just lose yourself in as well, with nobody being able to find you.

The trickiest part of coming up with the best states to outlive a food crisis is picking the best states for foraging. As you’ve probably noticed, the states I’ve mentioned above either provide a good environment for foraging edible plants. While some of us might like to, it’s really not a good idea to try and live on a diet of meat alone.

Yet there is no one state which is the foraging capital of America. Rather, different states are good for different things. The trick then is to find states which are good for foraging a variety of things.

Related: The Map That Shows You The Edible Trees In Your Neighborhood 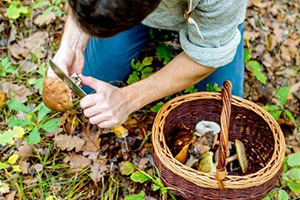 Yes, believe it or not, Texas is a great place for foraging. Of course, that depends largely upon what part of Texas you might be in. By and large, the eastern part of the state receives more rain than the western part. Pecan production is primarily in the middle and eastern parts of the state. 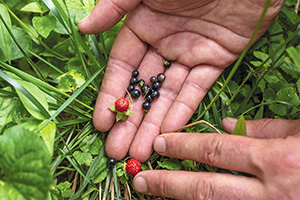 New York is another surprising state for foraging, but once you get out of the major population centers, there are a lot of forests, growing a lot of edible plants and berries.

I’ve personally gathered bushels of wild raspberries, as well as currents, blackberries, and other edibles.

The dense woods hold a large variety of foodstuffs and if you get tired of those, there are a lot of farms, with a lot of orchards. Some of those are abandoned, making them an ideal location for foraging fruit. New York is also a great place to find edible mushrooms.

Louisiana is one of the wettest states in the nation, making it a prime place for mushrooms to grow. But there’s a lot more than that growing in the Louisiana bijous. From alligators to edible plants, the Cajun people of Louisiana have long made taken much of their living from nature, eating what naturally grows in their state. While it might take some time to learn the good from the bad, it would be hard to find a better spot to forage than Louisiana.

Honestly, there is no one state that is ideal for everything. Each one of the states I mentioned above is good for certain things; but not for others. Alaska, for example, is great for game; but the growing season is incredibly short. Kansas provides great farmlands, but since the great buffalo herds were killed off, there really isn’t a whole lot of game in the state, although I know an old farmer that gets three deer every hunting season, providing all his meat for the year.

The real trick is to find what there is in the state where you live. That’s going to take a bit of research, as well as spending some time in the field with a good guide on edible wild plants. You’re going to have to become your own expert, as it’s rather hard to find someone else who already is. But once you do, your family will enjoy a level of security that others don’t have. 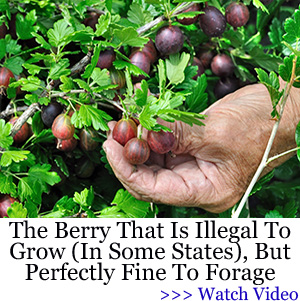 Where Free Land Can Be Found in the USA (Video)

The Best Prepper Items To Leave As An Inheritance

Meal in a Bag: Chili with Beef and Beans

5 Traps to Catch Animals While You Sleep

Source
The Best States To Outlive A Food Crisis is written by Rich M. for www.askaprepper.com

11 Looter-Attracting Items You Should Immediately Hide When SHTF